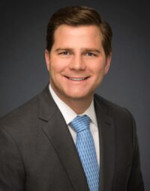 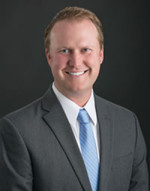 Mr. Smith has served as Chief Financial Officer, Chief Accounting Officer, Secretary and a member of our board of directors since March 2021. Mr. Smith has been Chief Financial Officer or Chief Accounting Officer of certain of the Black Mountain Entities since October 2014. In this position, Mr. Smith has overseen the sales of multiple energy-focused businesses. Prior to joining such Black Mountain Entities, Mr. Smith worked in accounting at TPG Capital, LP from 2011 to 2014, and as a senior associate in the audit function for KPMG, LLP from 2008 to 2011. At TPG, Mr. Smith worked in fund operations and assisted in deal closings and exits, distributions, and capital calls for TPG’s $18.9 billion flagship private equity fund, as well as other legacy private equity, growth and distressed debt funds. Mr. Smith earned his B.A. in accounting from Abilene Christian University in 2007 and a Master of Accountancy from Abilene Christian University in 2008. Additionally, Mr. Smith has been a registered CPA since March 2009.