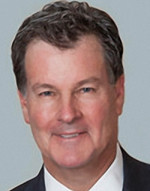 From 2008 to 2019, Mr. Straty served as a managing director and the co-head of energy investment banking and head of energy finance at Jefferies & Company, Inc., after previously having served as senior managing director and head of the natural resource group at Bear, Stearns & Co. Inc. for 17 years. Mr. Straty has served a broad array of companies in the energy and other industries and has over 40 years of energy investment banking experience, having completed over $250 billion in transactions through mergers and acquisitions and financing assignments. Mr. Straty served as a director and a member of the nominating and corporate governance committee for Goodrich Petroleum Corporation, a publicly traded exploration and production company (NYSE: GDP), from 2009 to 2016. Mr. Straty earned a B.B.A. in finance in 1977 and a M.B.A. in finance in 1979 from the University of Texas 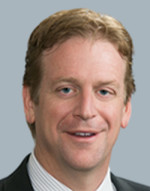 From 2001 to 2020, Mr. Yates was managing partner for Kayne Anderson Capital Advisors’ energy private equity activities. In this capacity, Mr. Yates led the strategic direction and execution of Kayne Anderson’s investments in early stage oil and gas exploration and production companies while managing the day-to-day operations of the firm’s private equity energy funds and its portfolio companies. Prior to joining Kayne Anderson, Mr. Yates served as a senior vice president at Stephens Inc. Mr. Yates serves on the Advisory Board of Montrose Lane, LP, an investment firm partnering with technology companies that provide digital solutions for the energy industry. Mr. Yates earned a B.A. in political science from Rice University in 1991 and a M.B.A. in finance from Rice University in 1994. 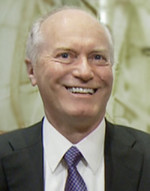 Mr. Riggs has served in senior-level positions of Clayton Williams Energy, Inc. (NYSE: CWEI) and its related companies (“Clayton Williams Companies”) for 29 years, including his current position of Vice President and Director. Clayton Williams Companies is a group of privately held companies involved in oil and natural gas activities, real estate, investments, and agricultural operations. From March 2015 to April 2017, Mr. Riggs served as President of CWEI, until it was acquired for $2.7 billion by Noble Energy, Inc. (NYSE:NBL). From December 2010 until March 2015, Mr. Riggs served as Executive Vice President and Chief Operating Officer of CWEI. From 1991 to December 2010, Mr. Riggs served as Senior Vice President-Finance, Secretary, Treasurer and Chief Financial Officer of CWEI. Since October 2019 Mr. Riggs has served on the board of directors and the audit committee of NexTier Oilfield Solutions, Inc. (NYSE: NEX). Since July 2018, Mr. Riggs has served on the board of directors and the audit committee of Royale Energy, Inc. Additionally, Mr. Riggs currently serves as a member of the board of directors and member of the audit committee of privately owned Community National Bank of Midland, Texas. From July 2009 until June 2020, Mr. Riggs served on the board and audit committee of TransAtlantic Petroleum, Ltd. (NYSE:TAT). Mr. Riggs is a registered CPA and received a B.B.A. in accounting from Texas Tech University in 1977.